The first Church built on the site here at Temple Street was in 1812.  At that time it was known as the ‘Lower Lane Chapel and Sunday School’.  This 1812 building was replaced by another in 1831.

Little is known of the state of the Church at this time but the work was obviously flourishing, as in 1866 the first section of a new Sunday School building was erected on the corner of what was then Raglan Street and Watkin Street.  The second section of the building was added in 1876 before the third and f 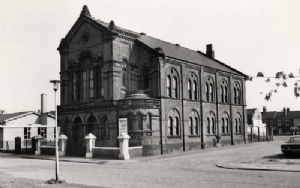 Although the Church building closed, worship and the life of the Church continued in a new Church Hall which had been built in 1973, replacing the Sunday School premises on the corner of Raglan Street and Watkin Street.
A scheme was set up to build a new Church and this came to fruition on 23rd February 1980 when the present Church was officially opened.

Temple Street recognises the assistance given to it from other Methodist Churches in the neighbourhood that are sadly no longer in existence, primarily Mount Tabor, Jubilee, Heron Cross, Blurton, Victoria Road. All of these closures have however, enriched the life and fellowship of the Christian Witness here at Temple Street. Several of the rooms in Temple Street have been named in memory of those Churches.   Photographs and a brief history of those Churches can be found by clicking on the name of the Churches above. 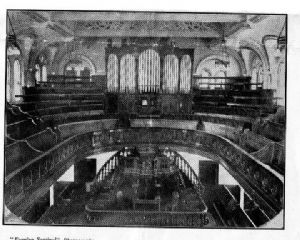