The Stoke-on-Trent Methodist Singers were formed in June 2007 when the choir sang for a visit by H.R.H. Princess Anne to the Stoke-on-Trent Museum & Art Gallery .  The group were asked if they would like to stay together and perform at different events throughout the Methodist Circuit and District.

The Choir's Musical Director is Barbara Thomas and the Choir's Accompianist is Gill Hampton. Their first Christmas Concert was held in 2008 at Longton Central Hall when they were joined by the Alton Hand Bell Ringers, and compere Lamont Howie from BBC Radio Stoke.  The concert was in aid of the Staffordshire Air Ambulance.  They have regualrly held Christmas Concerts since all in aid of Charity.

The Choir have performed at venues throughout North Staffordshire.

If you would like to come along to a rehearsal, the Stoke-on-Trent Methodist Singers rehearse every Friday at 7.30 p.m. in the Church. 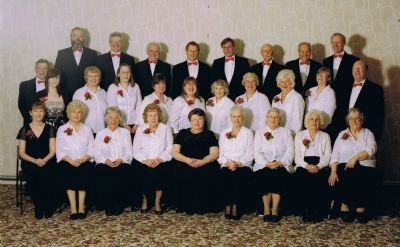